Jordi Llorella and the pinhole photography 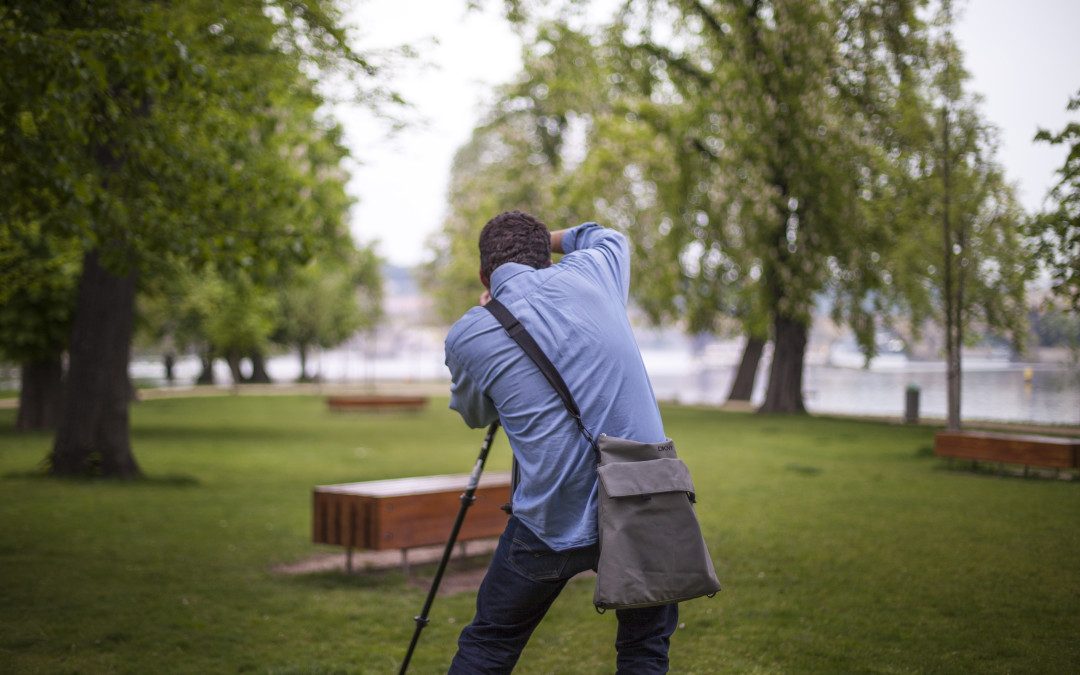 We already talked about the photographic project that has been undertaken by the Boho Hotel and the artist Jordi Llorella; Project 57. This project consists of 59 pictures of the city of Prague taken in 57 days. Each one is hanging in one of the rooms of the Boho hotel.

Jordi Llorella is the artist in charge of this visual diary, illustrating the city of Prague from a very special point of view. As the art curator Ludvig Himmler described him…

“… Jordi Llorella is a child who escaped 30 years ago from the schoolyard and hasn’t still returned. A libertarian mammal that naively believes that the world of fiction is the human condition over all things. He has visited the Mennonite Colonies, Chaco Boreal (Paraguay) when he was behind the remains of the Jesuit world in South America with black boxes he called “magic boxes” or managing the newspaper “La Sombra” in Yerevan (Armenia) or filming the remains of Noah’s Ark on Mount Ararat (Turkey) or creating an art laboratory in Mamori Lake (Amazonas)… There are many stories. And this one, Magic Prague, is another one!

As you know, Jordi has used a very special camera to take these pictures. He has taken a Matrioska in order to turn it into a pinhole camera. Let’s explain briefly how did he do it.

1-Drill a small hole in one of the Matrioska’s sides. 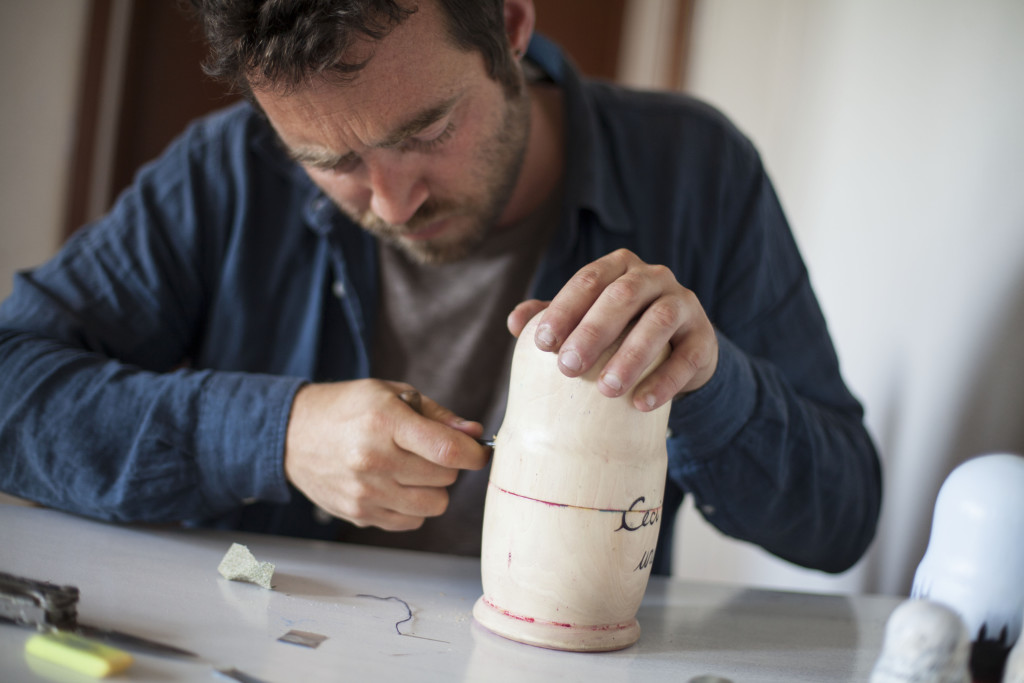 2-Put a tiny sheet of aluminum perforated by a needle. This works as the diaphragm of the camera. 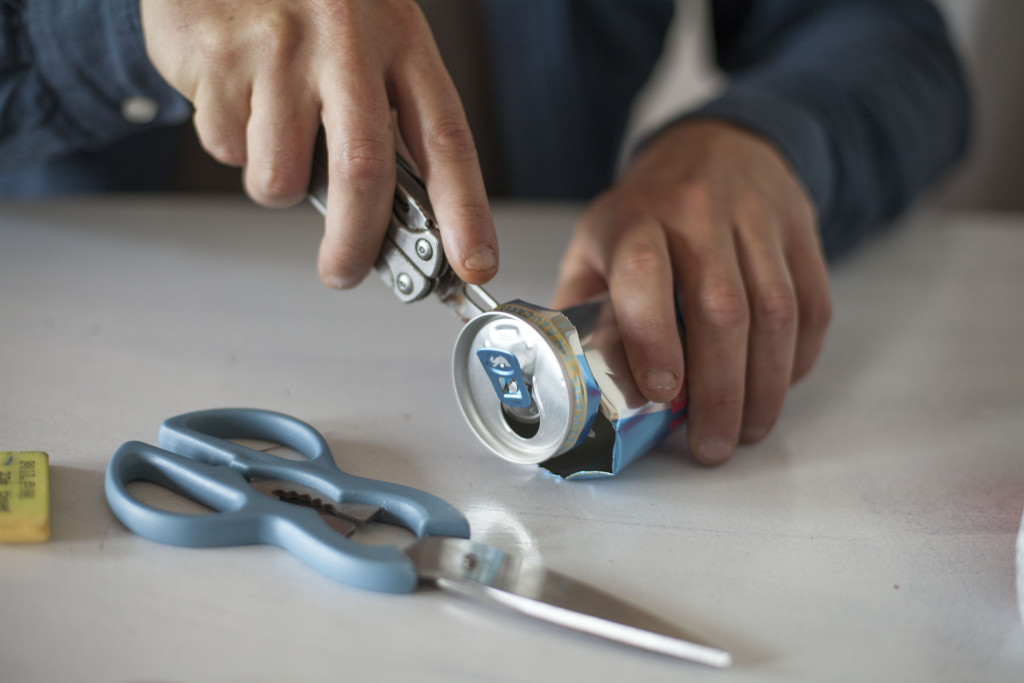 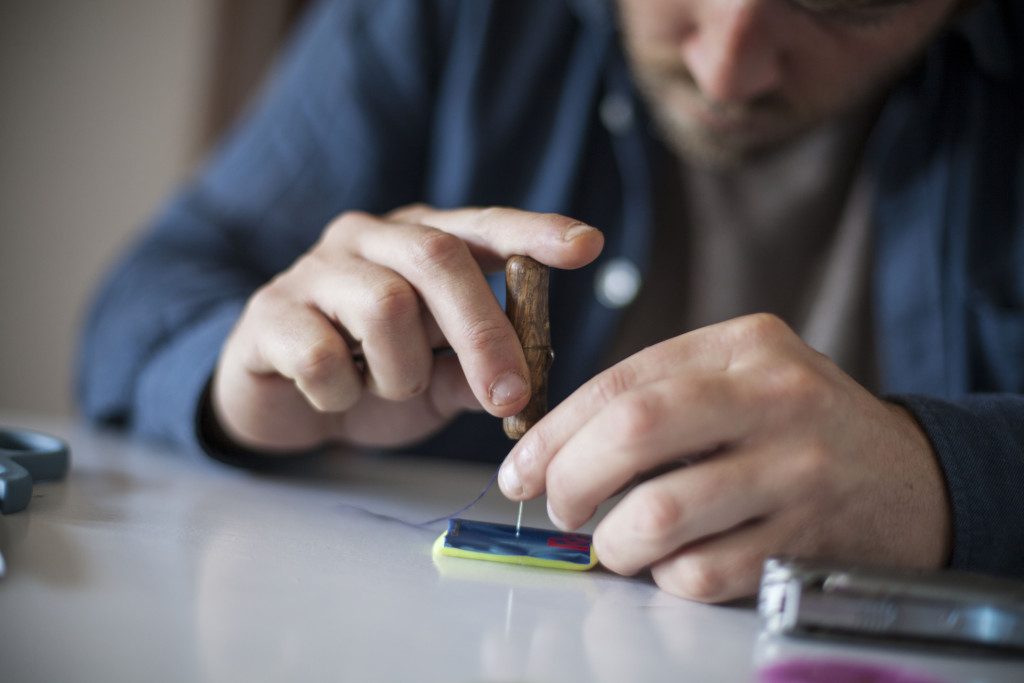 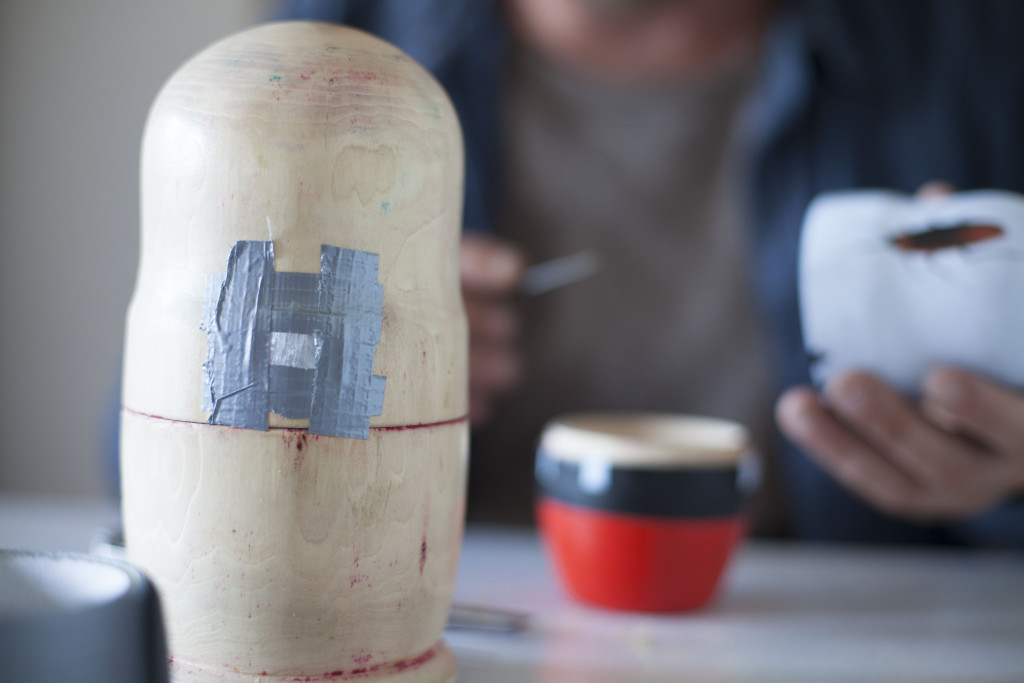 3-Put a photosensitive material inside the dark box. 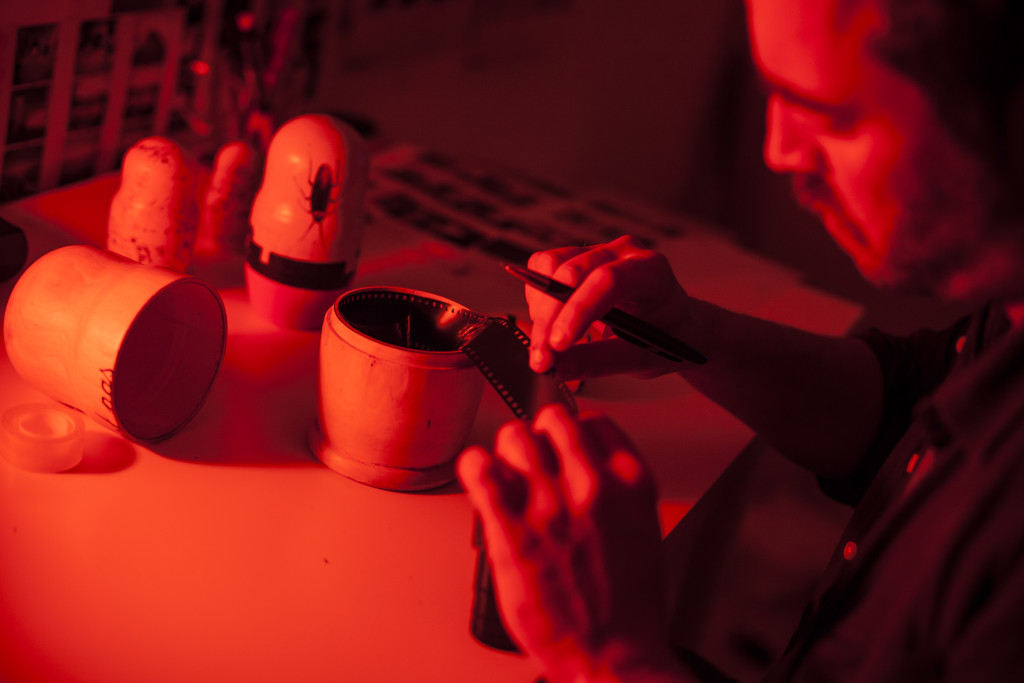 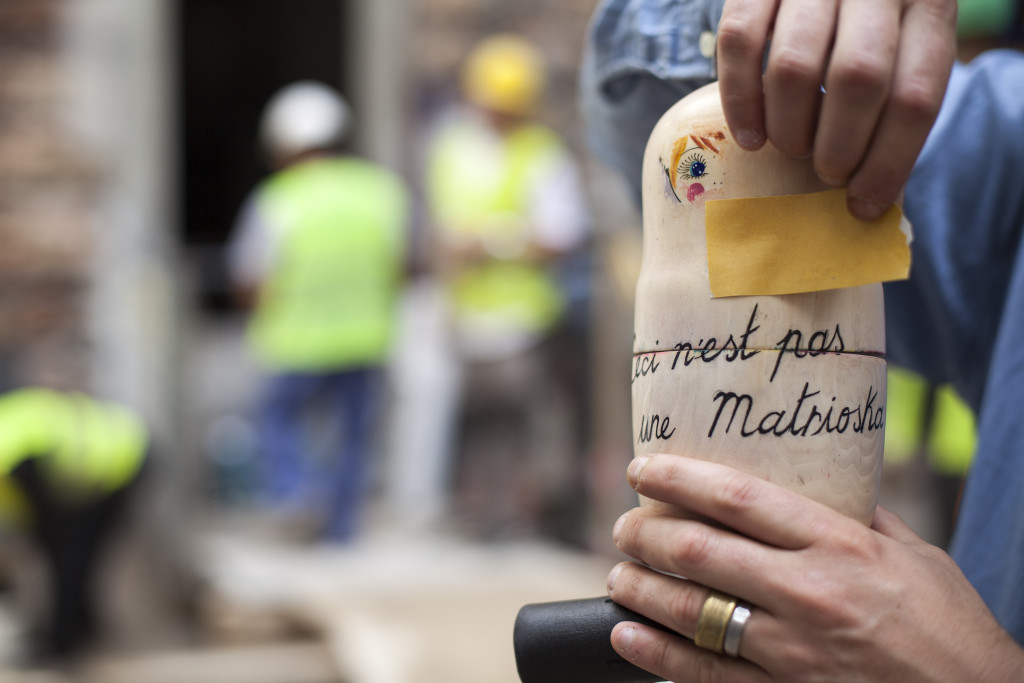 History of the Dark Box

This pinhole technique, also known as the dark box or magic box, was closely related to a fantastic animal in ancient times: the unicorn. Many writings were found describing this magic box, where images could only be produced if the box was pierced by the horn of a unicorn.

Since the fourth century, magicians and alchemists have investigated the phenomena related to light and images. Fata Morgana, court sorceress and sister of Arthur, jealous of Merlin’s prestige, managed to steal the magician’s secrets in order to use them, including the following letter: “… the eye of the magic box should be pierced with a unicorn horn, otherwise, it will be completely ineffective…”. This belief lasted until the eleventh century, thus they thought unicorns were extinguished because of the use they gave to its horns for building this dark boxes.

Nowadays, in the Old Town Square of Prague, in the 15th number precisely, the ancient pharmacy “White Unicorn” can be found, where they provide unicorn horns to drill this kind of pinhole cameras or magic boxes.

You can also do it yourself, here you have a video explanation on how to make your own pinhole camera:

You can also use a whole room instead of a box, creating a dark room. Watch the video: 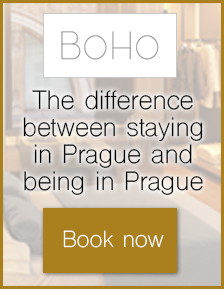